This day is split into 4-5 sessions and working in groups of up to 10, the children travel through our
woodland to take part in activities that can be linked back to the curriculum topic of the Vikings.  Choose from:

The Vikings settled and built houses made of materials they found locally.  Typically a long rectangular house with upright timbers carrying a pitched thatched roof and walls made of woven sticks covers in mud.  On this session the children will consider a suitable location for their settlement. Using natural materials have a go at putting up a basic frame work with a tarp cover over and have a go at building a short section of woven and mud daubed wall. They will also need to consider defence from rival clans.

The Vikings were farmers of animals and crops. On this session the children will consider how the
Vikings cultivated the land to grow crops including grain to make bread. We will have a go at making
Viking bread on the fire.

The Vikings were expert voyagers. Using maps to find the picture controls the children will learn on
the way about how the Vikings travelled across the seas and how they believed in Gods and Myths
to keep them safe on their journeys into the unknown.

The Vikings were feared as they raided new lands with violence and disregard for other cultures. We
will look at the weapons the Vikings had and have a go at making spears to throw at targets.

The Vikings found Monasteries were easy targets on the North East of England where they first
landed and they soon found that they contained treasures which they could easily steal and then
trade. The children will have a go at climbing the Jacob’s Ladder simulating the monastery walls to
reach the treasure.

The Vikings made great voyages across the sea in boats called Longships.  They set out from their homelands in Scandinavia and sailed to Britain and Ireland.  They further went to Iceland, Greenland and Northern Canada.  They would have had to load enough provisions to survive the journey on board.  This task will be simulated on the crate stack challenge. 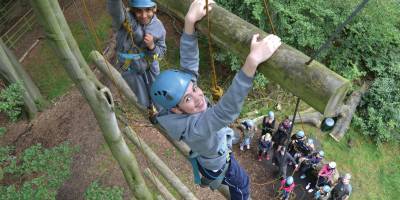 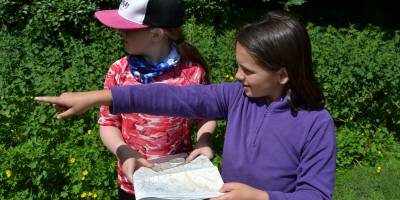 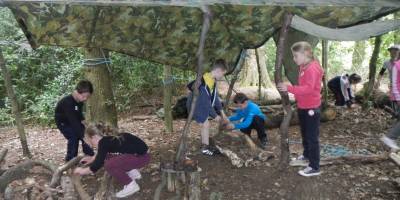 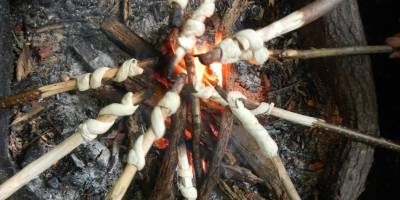 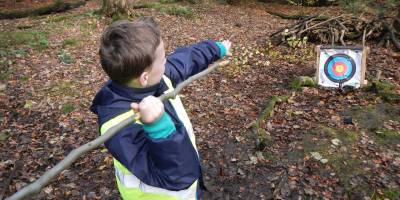 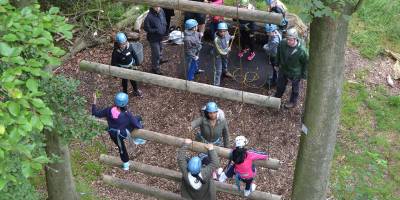 Staff at the centre worked exceptionally hard to ensure all objectives were met and linked to our Viking theme.

Want to keep up-to-date with what’s on at Outdoor Elements? Sign up here for email news.

By signing up to our newsletter, you are giving permission for Outdoor Elements to contact you via email approximately 3 times per month and for us to store your email address securely.  We do not pass on your email address to anyone else.